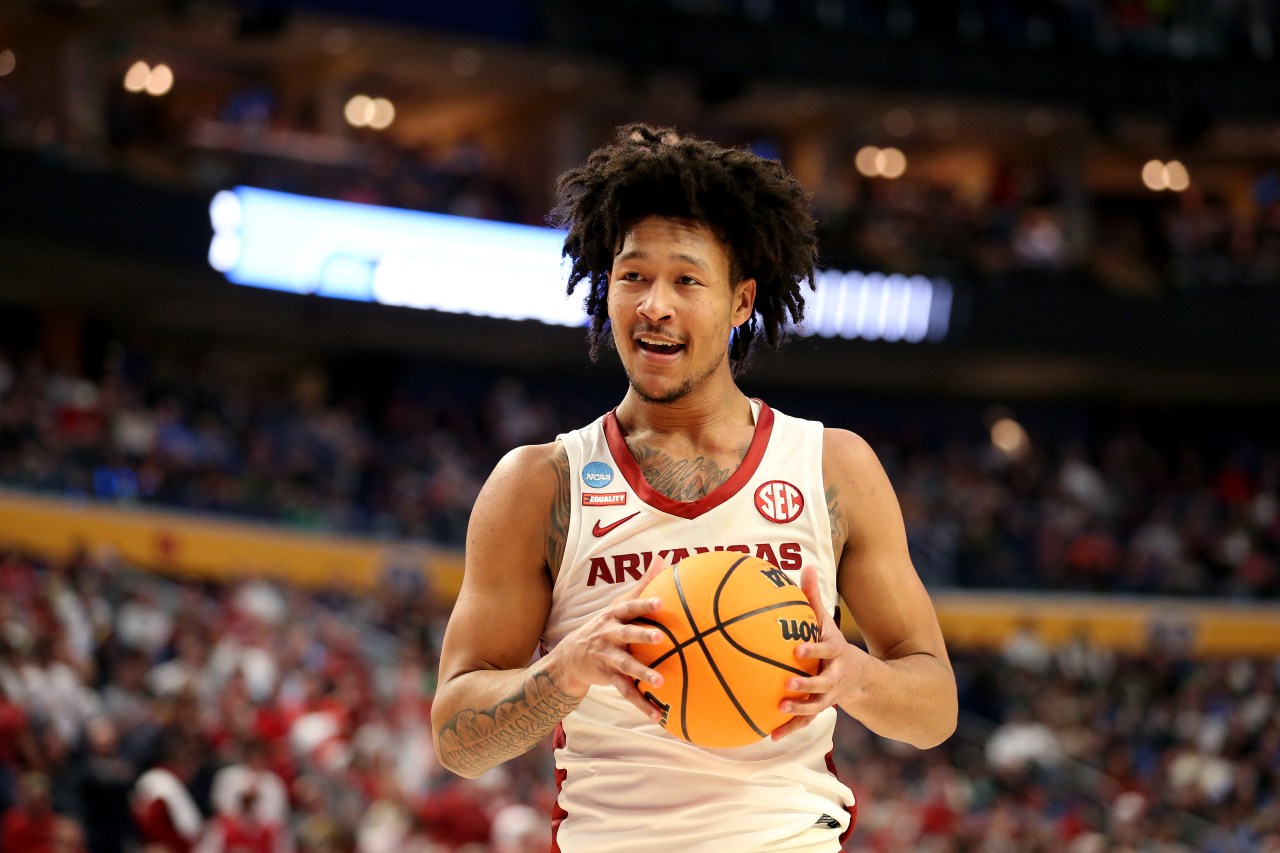 LITTLE ROCK — Arkansas sophomore big man and first team 2021-22 All SEC selections Jaylin Williams announced Monday that he will enter the NBA draft pool for underclassmen but will not hire an agent while leaving the door open for a return to the Hogs in ’22-23.

“I am announcing my intention to enter the 2022 NBA Draft process,” Williams said. “However, I will not be hiring an agent to keep my eligibility for the University of Arkansas intact. I look forward to learning about the process ahead, going through the interviews, gathering feedback, and build relationships with NBA coaches and front office staff.

“My gratitude to Coach (Eric) Musselman and the staff goes beyond words for helping me get into this position. I will keep all my options open and after going through the process and talking with my family, my support group and the Arkansas coaching staff, I will make an informed decision when the time comes.

Williams (6-10 forward/center, Fort Smith native) currently has fictional 2022 NBA Draft projections ranging from late in the first round to mid to late in the second round. Draft analyst Bryan Kalbrosky of HoopsHype and USA Today’s For the Win recently predicted that Williams would finish 2nd overall (end of first round), while DraftExpress/ESPN recently named Williams as the 45th pick (middle of second round ).

The entry deadline for reportable subclasses is April 24, and Williams can participate in the NBA Draft Combine (May 16-22) if invited. The deadline to withdraw from the NBA Draft is June 1.

Williams played in all 18 SEC games in 21-22, averaging a league double-double with 13.6 points and 10.2 rebounds as he clinched 11 SEC games with double digits in scoring and rebounding. Williams’ 183 rebounds in championship games also set a school single-season record.

During his two seasons at Arkansas, Williams was a key cog in the Hog teams that reached back-to-back NCAA Elite Eights tournaments. He recorded a double-double in each of the NCAAT’s four team games in 21-22 while named to the NCAAT West Region All-Tournament Team.

If he returns to Arkansas, Williams will gain an additional year of eligibility due to the NCAA’s covid-19 exception granted to all D1 players, which means he still has three seasons left to play in the league. ‘university.