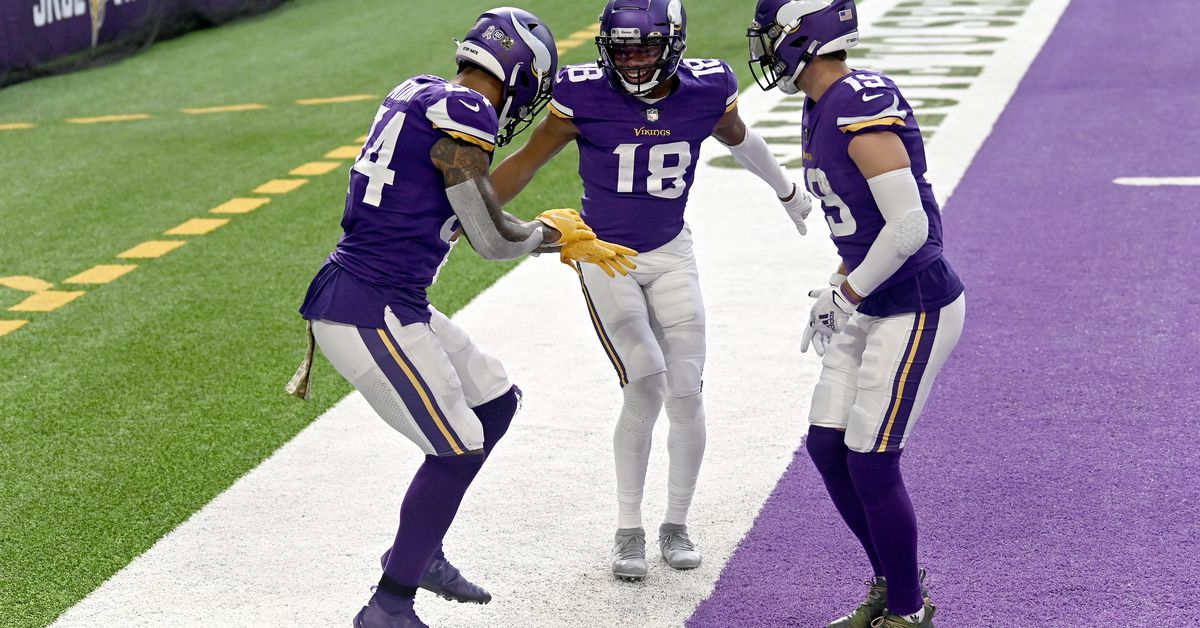 As we enter the 5th official day of the league’s new year, the Vikings have only made a handful of small moves. Interestingly, yesterday’s news report indicated that the Vikings had to make or had made their decision about Hunter. Ben Goessling tweeted it yesterday…

A few things to know about Danielle Hunter’s $18 million bonus:

—Although he becomes guaranteed this weekend, he still has to show up for training camp in time to earn it.

Hunter’s agreement reads: “The Player and the Club agree that during the term of this Agreement, the Club shall have the right, but not the obligation, to convert any part of the Player’s 2022 roster bonus into signing bonus.”

Ben didn’t mention yesterday as THE DAY, just this weekend. spotrac says this about his contract…

I’m not sure what time things take effect, but it could be that the team still needs 4:00 today, before their roster bonus is guaranteed.

I will say that I think the best course of action would be to extend Hunter if they can agree on an amount or just restructure a small amount that would allow them to sign another free agent or two. Letting him play this year for 20 million is more than fair, but if he puts up double-digit sacks and plays the majority of the snaps, well, the price to keep him skyrockets. I seriously doubt he would play next year for 5.5 million if he played the majority of snaps, no matter how many sacks he gets.

So, where is the team on the cap? According to overthecap they have 2.2 million cap space and spotrac has them with 2.4 million while both don’t include Thielen’s redesign. How much are they saving with Thielen and what does his new contract look like? We can guess based on the reports.

#Vikings WR Adam Thielen’s restructured contract includes $18 million guaranteed and he gets a raise to $14.4 million this year, per source. A void year was added for salary cap purposes as Minnesota continues to free up space.

It is also reported that he received a signing bonus of 9 million and they added a zero year. So let’s go with that.

It will be interesting to see if he helped the team by taking less money in 2023 and 2024.

I’m going to walk away with around 5 million in cap savings for 2022 with this restructuring that gives the team 7.2 million to work with right now. What can they do with this amount to add at least one corner?

Keep in mind that the Vikings will need around 4.3 million to sign rookies based on their current draft picks. This is overthecap information. They could still restructure Cook, Kendricks and O’Neill to get that amount, so we don’t have to worry about that in our free agent wishes.

Let’s assume they keep Hunter and possibly trade him next offseason. They should do some moderate restructuring to get more ceiling space. At present, if he is moved, they will have to absorb 11.48 million dead money due to the proration of previous signing bonuses and restructurings.

Here are the possibilities…

… I don’t think they want to go too far beyond the current 11.48 million next year, but a few million isn’t too bad. Let’s go with the 11M conversion of the 18M signing bonus and save 8.25M.

That would give the team 15.45 million to work with right now.

Who should and who will they target especially at cornerback (I think we need two) and inside line (center or guard)?

Since they reinvested in Cousins, it would make more sense to me if they did a lot better to provide him with better inside line pass blocking. He had a pretty good year last year, so there’s not much room for stat improvement, but scoring more points (top 5 or 10) should be the #1 goal in the game. ‘attack.

I like Sullivan, Edmunds, Hernandez, Fuller and Key. Can they do it with 15M?

The European Space Agency suspends its Mars mission with Russia