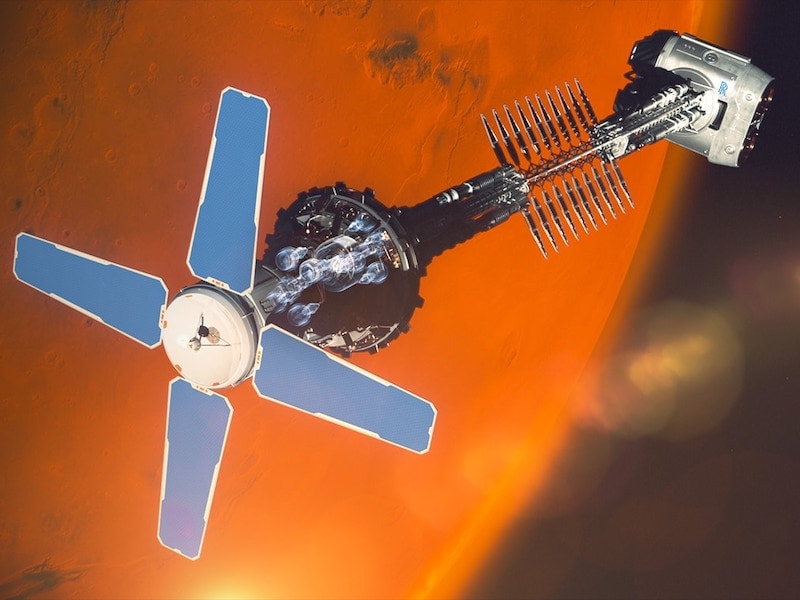 The British space agency aims to send a spacecraft to Mars in about half the time it now takes to reach the Red Planet, using nuclear engines built by Rolls Royce. He said his research with the engineering company will explore the “game-changing potential” of nuclear power to send astronauts to Mars in just three to four months – twice the speed of the chemical engines that power our rockets. today – making deep space exploration possible for decades to come. The research, if successful, could revolutionize space travel.

A government report quoting Dr Graham Turnock, Managing Director of the UK Space Agency, saying: “Space nuclear power and propulsion is a revolutionary concept that could unlock future deep space missions that will take us to Mars and beyond . “

This would not only save time, but also drastically reduce radiation exposure for astronauts on future trips to Mars. The radiation dose increases with the time an astronaut spends in deep space, far from the protective bubble offered by the Earth’s magnetosphere.

Nuclear engines have long been an area of ​​interest for space scientists as they strive to discover the world far, far away from us. In the 1950s, the United States attempted to develop nuclear spacecraft technology, but the program was later halted. A small nuclear power generator for propulsion could be useful as power in space becomes more and more valuable with distance from the Sun and fuel cells are often too inconsistent as a source of power.

Dr Turnock added that this research will also help them understand whether this technology could help spaceships travel farther and faster than ever before.

Dave Gordon, UK Senior Vice President, Rolls Royce Defense, said they were ‘delighted’ to be working on this project as they continued to develop the power to ‘protect our planet, secure our world and explore our universe ”. Rolls Royce previously supplied nuclear propulsion technology for the Royal Navy submarines.

New product in preparation at the underwriting agency