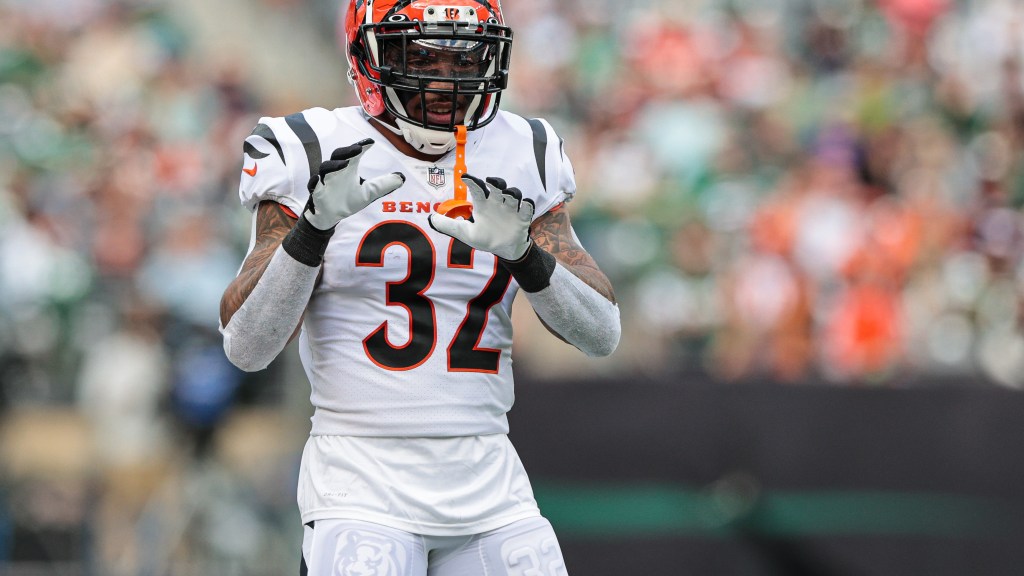 Cincinnati Bengals running back Trayveon Williams has made a name for himself at the college and professional level for his versatility on the field.

He will soon deploy that same versatility off the court at Texas A&M University School of Law in a way that benefits student-athletes and the student body as a whole.

Williams will serve as an adjunct teacher and co-teach a Name, Image and Likeness (NIL) Athlete Defense course alongside Alex Sinatra, a tandem that started as a joke made via tweet before coming to fruition.

Appearing on Sinatra’s “Your Potential for Everything” podcast, Williams explained why it’s valuable to start programs like this at the college level, to the point of potentially expanding beyond Texas A&M to the national level:

Sinatra explained the importance of the course:

“It is vitally important to teach future athlete advocates, agents and attorneys how to best represent their athlete clients. Zealous advocacy is vital, but too often athletes have no say in how they are represented. By having a former college athlete and a current professional athlete co-teach the class with me, we will begin to build a system where athletes and advocates know better how to interact and support each other. We will train a whole new generation of informed advocates and educate athletes so that the sports industry as a whole is elevated to a more human level. Athletes are humans first.

Williams said following the path of a student athlete who juggled early iterations of NIL will benefit students, including non-student athletes with a general interest who may discover more about the emerging field.

“I know myself personally, I was a college athlete before. I was a student-athlete. I understand how important that name and that image and that likeness is,” Williams said of adjusting to this new role once simple back and forth on supervising a class went from hypothetical to reality.” Now that college athletes are in the system right now to deal with this and these are real things that they have to deal with today I think it’s extremely important and extremely beneficial for the students, for anyone who takes this course, that having a professional athlete and a college athlete who was in this system, not even like ten years ago, it was quite recently. …I’m all for helping give back.

“This course could completely push them in a different direction. They might want to be a sports agent or whatever, so I’m excited to know where this course can go.

Of course, Williams remains in the mix at running back for the Bengals alongside Chris Evans and Samaje Perine behind starter Joe Mixon. His unexpected role as a professor at Texas A&M is one of his many off-court pursuits that he will seek to balance.

“It’s something I want to build my brand on, being more than an athlete. Obviously I can’t play football forever,” Williams said. avenue after football and this is another opportunity to do so. Obviously I’m also an entrepreneur, a professional athlete at the same time, but this is another opportunity that honestly is something I wouldn’t even be interested in.

“It’s being able to juggle all of these things, it’s all about time management.”

One can guess how many NFL players also manage to serve as adjunct law professors in their spare time. But Williams, in the same way he sought creases en route to school records for single-season all-around yards and single-season rushing yards before a successful pro career, thinks about juggling the new responsibilities just fine. through a unique perspective that helps it give back to students.

Williams takes on her role as co-teacher with Sinatra when the class opens in the spring of 2023.

.@ Bengals NFL running back @TrayveonW joins me in talking about co-teaching a course on NIL Law and Athlete Advocacy at @TAMULawSchool. #sportsbiz #NFLTwitter @TheBengalsWire https://t.co/djOy77EUms

A rookie from every NFL team who will surprise in 2022

Yaya Sanogo: Ex-Arsenal striker speaks out on his final year as a free agent | Soccer News