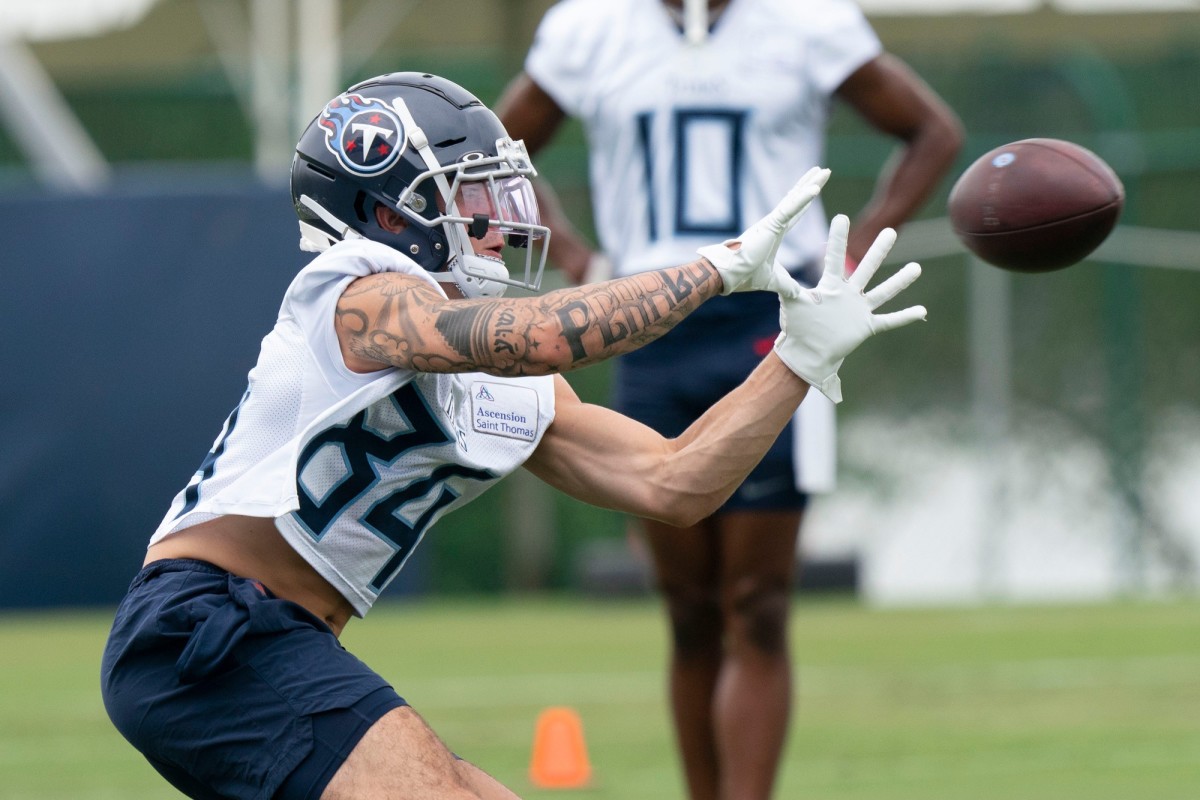 Lewis (pictured) and Bonds were released on Saturday before the team returned to the training ground Tight end David Wells and defensive back Deante Burton have been signed to fill their spots. Both additions have limited NFL experience.

Burton (6-foot-2, 205 pounds) was a wide receiver in college (Kansas State) who switched to defensive back when he entered the NFL as an undrafted free agent with Atlanta in 2017. He appeared in 11 games for the Falcons. (2017-18), Houston (2018) and Dallas (2019-21). He was restricted to special teams in the only game he played for the Cowboys in 2021. For his career, he was credited with eight tackles and one forced fumble.

Wells (6-foot-6, 260 pounds) made his NFL debut and played three games last season with the Arizona Cardinals. The San Diego State product entered the NFL in 2018 as an undrafted free agent with the Cowboys. He also spent time with Kansas City, New England, Atlanta and Indianapolis before getting his chance with the Cardinals.

Lewis played 24 snaps on offense against the Ravens and caught two passes for 16 yards, both of which came in three plays and produced first downs. The smallest of the Titans’ wide receivers at the start of camp (he’s 5-foot-9, 175 pounds) is a rookie Air Force free agent.

Bonds, who played in the USFL this spring, spent less than two weeks on the roster. He was signed on August 3 when defensive back Chris Williamson was injured. Bonds had eight defensive snaps (the fewest on the team) against the Ravens and didn’t register a tackle.

Ricketts and Hoyer say Cubs will be aggressive in free agency