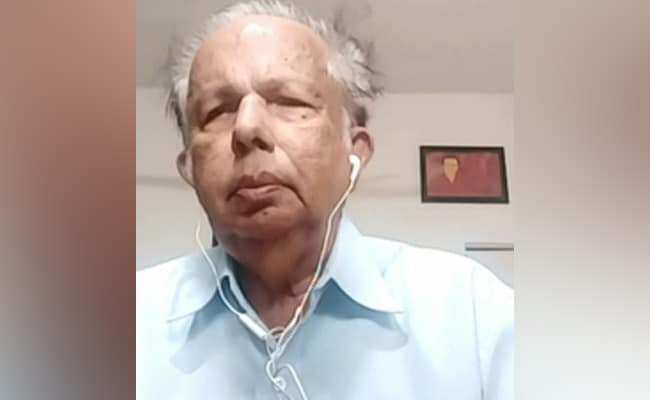 Madhavan Nair said ISRO’s rocket launch in a short period of time was a remarkable achievement for the agency.

Scientists and engineers from the Indian Space Research Organization, or ISRO, are analyzing whether its smallest rocket, SSLV-D1 – which suffered data loss in the final stage – was able to inject the two satellites on board onto a stable orbit. The preliminary conclusion on the status of the mission should be available in “a few hours”, former ISRO chief Dr Madhavan Nair told NDTV, calling the mission complex.

“Thousands of pages of data will pour in. Several specialists will have to go through this data. Apparently, everything went well until the third stage. There is a deviation in the path in the final phase of the launch and it could be one reason or another, there could be an anomaly in the separation,” he said.

The detailed result will be available within a week, he said.

“We really need to look for the next orbital cycle and see if other ground stations are able to capture. Then we can come to a conclusion. It will take a few hours before we can get a preliminary discovery, but a detailed discovery will take a few days or a week,” said Dr Madhavan Nair, who retired as ISRO President in 2009.

Asked if the satellites can give details of their condition or health, Dr Madhavan Nair said: “All launches of this type are pre-programmed and supported by the computer. The first two stages are carried out according to a predetermined trajectory, but in the final stage, to reach a precise orbit, certain maneuvers will have to be carried out, these are to determine the actual position, the speed of the rocket and to direct the rocket to reach the desired final object. , any fault occurring in the sensors or in the computers could lead to such a situation. So, unless this data is studied in detail, we cannot determine the reason.”

“Once the rocket reaches a particular altitude, the command to separate the spacecraft is given. As it is well above the atmosphere, the separation would have been clean. But if the orbit is not correct, the ground station will not be able to catch the signals,” he added.

Dr. Madhavan Nair also said that ISRO’s exit with a rocket in a short period of time was a remarkable achievement for the space agency. “This is a small rocket launcher designed and implemented in record time. Cost optimization, weight optimization and getting it to market – all these aspects were taken into account in such a short time. This is a remarkable achievement. All the rockets also behaved as desired,” he said.

The SSLV carries the Earth observation satellite -02 and a co-passenger satellite AzaadiSAT – developed by the student team of “Space Kidz India”, an aerospace organization that aims to create public school students with a understanding and basic knowledge of space.

The “AzaadiSAT” includes 75 payloads built by 750 school students to mark the 75th anniversary of independence. The students who designed the satellite also witnessed the launch of SSLV-D1 at Sriharikota Spaceport.