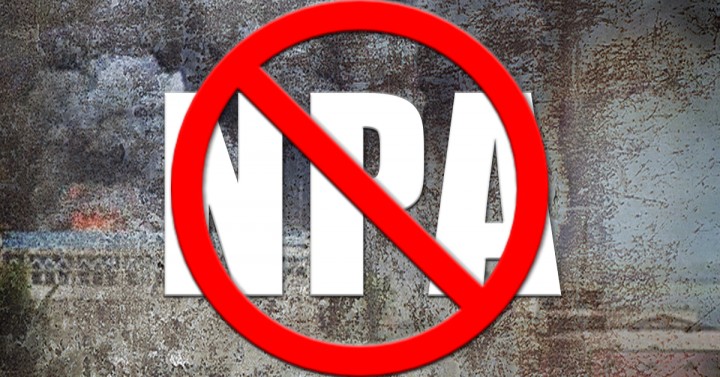 More ex-executives denounce the deception and lies of the NPA

THE CITY OF DAVAO – Other former high-ranking cadres of the New People’s Army (NPA) denounced the lies and deception committed by the Communist Terrorist Group (CTG) in their “tell it all” to the public during a virtual press briefing on Tuesday .

Roberto Rosete Jr., alias Ka Bobby, who spent 32 years of his life in the communist movement, eventually becoming the commander of Pulang Bagani Command 3, said that the Communist Party of the Philippines (CPP) – NPA’s claim to win the war against the government is a lie, knowing that there is no chance of winning your revolutionary war.

He recalled that he wanted to return to the fold of the law in 2010 but was afraid to budge because his comrades had announced that he would be executed by the military.

“When I visited in August 2018, everything I thought about government changed. I was fooled by their lies. I should have surrendered earlier, ”added Rosete.

Kurt Russel Sosa, aka Ka Ugnay, former political instructor of the Weakened Guerrilla Front (WGF) 3, Sub-Regional Committee 4 (SRC) – SMRC said he surrendered because he was fed up with lies and of the group’s deception.

“The moment I surrendered, I realized that there were plenty of ways to help people, contrary to the ideologies we were taught. They made us believe that only armed struggle is the solution. to resolve the difficulties faced by Filipinos, ”Sosa said.

Daniel Castillo, aka Ka Steven, also a political instructor for GF 55, said he could no longer endure the sacrifices he had to endure.

“At first I was not happy with the government’s efforts, but now I can see that they are working and providing the services for the masses,” Castillo said.

He also cited the intensification of targeted military operations as one of the reasons for his surrender.

“Our comrades surrendered and others died during a meeting,” Castillo added.

For Christian Pastor, alias Khan, the former commander of Front 33, losing the support of the masses made him realize that they had nothing to fight for.

The pastor, along with his members, visited in December of last year, saying the masses no longer supported them due to the various government services being tapped into the barangays.

“There is no reason for us to continue because the government is meeting the needs of the masses,” he said.

Saying that she was tired, Ariane Jane Ramos, aka Marikit, the secretary of GF 55, SRC 5 and SMRC, said that she was the only one fighting for their unit because she saw how the group forces diminished and weakened.

” I was feeling alone. The collective leadership within the party is slowly waning and I have finally chosen to focus on myself. We are just human and we have become tired, ”she said.

Marikit visited on August 1 of this year because she was worried about her mental health and at the same time wanted to spend time with her family.

“Even if you have a broad perspective on the revolution but your comrades are not with you on that perspective, at the end of the day your campaign will not be successful. That’s why I decided it was time to take care of myself and give my family time, ”she said.

“I saw my husband die and my injured comrades call my name for help. For 40 days we suffered from hunger, poor hygiene and literally didn’t know where to go. For about three months, we had nine consecutive meetings of the 1003rd Brigade. I sacrificed my own well-being and that of my family.

Some of the former NPA executives present at the virtual press conference attributed their surrender to the implementation of Executive Decree (EO) 70 signed by President Rodrigo R. Duterte in December 2018.

He institutionalized a national approach to achieve an exclusive and lasting peace, giving the country an effective solution against communist terrorists.

“We, the former rebels, fully support the NTF-ELCAC. The tendency to mass surrender is a strong manifestation of the impact of EO 70. The reason I am returning to Davao to surrender and help the government is that I see the precision or the right path that the government has taken to resolve the communist insurgency, ”he said. noted.

Amihan was impressed with EO 70 for clearly recognizing the root cause of the armed conflict which encompasses political, social, historical and economic issues.

“Finally, the government saw the causes and how this insurgency should be dealt with. The national peace framework enlightens me and inspires me that combat operations are not a solution to solving insurgency problems, ”he said.

“This has not happened in history in any counterinsurgency campaign. It only (happened) under the Duterte administration. The NPA lost its space on combat operations, as well as their bases. massive.”

The head of the Eastern Mindanao command, Lt. Gen. Greg Almerol, said under his command they would finish off and neutralize the remaining members of the group before Duterte’s tenure ended.

“We are confident that local government and government agencies will tackle the issues exploited by CTGs in a sustainable manner. I believe that the only way to end the local communist armed conflict is to deploy our collective efforts and fulfill our mandates religiously, ”Almerol said.

“We have to tell the stories of our rescued friends to prevent recruiting because it is happening now. With our combat operation being our core competency with our community support program, it’s only a matter of time, ”Torres said. (ANP)