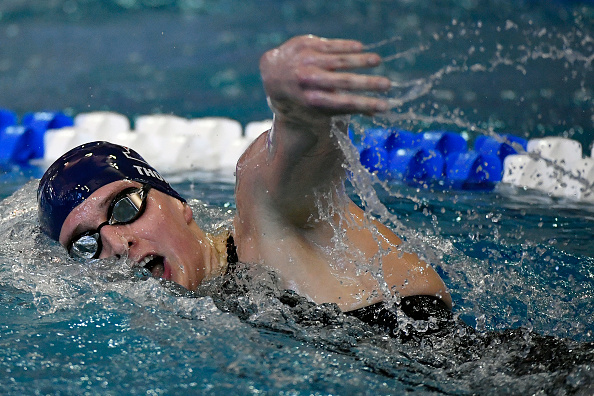 (NewsNation) – Most Americans are opposed to transgender female athletes who participate in women’s sports at the professional, college and high school levels, according to a new Washington Post-University of Maryland poll released this week.

Explained: Science entangled in the debate over transgender athletes

Opposition drops slightly when considering high school athletics, where 55% of respondents said transgender women should not be allowed to compete with women. Even fewer, 49%, thought the ban should apply to young people.

But an overwhelming majority of respondents, nearly 70%, said transgender girls would have a competitive advantage over other girls if they were allowed to participate in youth sports.

The debate around trans athletes and their eligibility has become a hot topic for policymakers in recent years.

In March, Lia Thomas of the University of Pennsylvania became the first transgender woman to win an NCAA swimming championship. Thomas, who swam her first three seasons on the men’s team before transitioning, was cleared to compete against women under NCAA rules.

The swimmer’s inclusion sparked controversy among many who argued she had an unfair physical advantage, including some of her own teammates.

Today, state legislatures across the country are passing bills preventing transgender students from participating in sports that match their gender identity. Last week, Louisiana became the 18th state to do so.

Supporters of the bans argue that transgender women have physical advantages due to biological factors such as higher testosterone levels and greater muscle mass, on average.

Others who oppose the bans say concerns about transgender athletes taking over women’s sports are overblown. They argue that trans athletes should be allowed to compete with the gender they identify with and that not allowing them to do so could further stigmatize trans people who are at higher risk for mental health issues.

Despite the fact that most Americans oppose transgender women participating in women’s sports, the survey found that overall support for transgender people has increased.

Among respondents, 40% said greater social acceptance of transgender people was good for society, compared to 25% who said it was bad – 35% said it was neither good nor bad for the society.

The survey was conducted online between May 4 and May 17, 2022 among a random national sample of 1,503 adults.