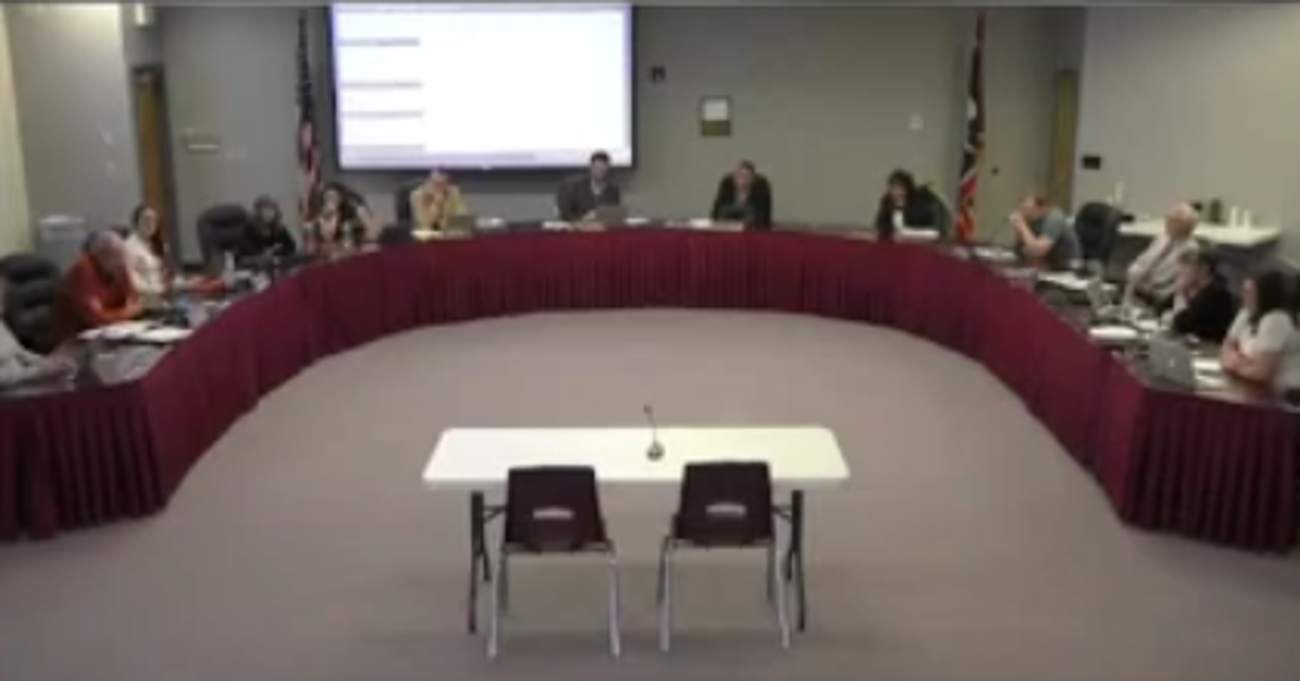 The NCSD Board held a regular meeting on Monday 11th April. (Screenshot via NCSD, YouTube)

CASPER, Wyo — At the March 14 meeting of the Natrona County School District Board of Trustees, family members of a student alleged the student was sexually assaulted by a student-athlete in the spring 2021 and that the student-athlete had faced criminal consequences.

The family complained that the student-athlete alleged to have committed the crime was allowed to continue participating in school sports, which they say should not have been allowed. Some who spoke complained about the inconsistency in how the district handles student-athlete discipline.

At the March 14 meeting, NCSD attorney Craig Silva said Wyoming law prevents the district and administrators from commenting on disciplinary matters regarding a particular student.

Administrator Dave Applegate said at the Monday April 11 school board meeting that the alleged victim was in the “thoughts and prayers” of himself and other board members. He reiterated that the district and the board are unable to discuss disciplinary matters against any particular student.

“Having said that, this council is responsible for policy in this district, and to that end I have a few comments,” Applegate said.

Applegate added that he spent time reviewing the district’s “extreme discipline matrix” and its code of conduct (bylaw NCSD 5371) after the March 14 meeting.

Applegate said the Extreme Discipline Matrix was developed in response to questions about fairness and consistency in District policies that arose a few years ago and has since “been used extensively throughout the District. “. He said he thinks the extreme discipline matrix gives school administrators some discretion and that he thinks the policy has worked well for the district.

Applegate added that the district leaves discipline for behaviors that occur outside of school to parents and, if necessary, law enforcement and the justice system.

Regarding the code of conduct, Applegate noted that participation in school sports and activities is not mandatory, although they provide students with “unique opportunities to grow, compete and perform.” He added that sport can help teach values ​​such as teamwork, sportsmanship, effort and self-discipline.

“To participate, students agree to a code of conduct,” he said. “It is a code of honor and in many cases it relies on self-reporting of breaches of the code. In reviewing the code of conduct, I have concluded that it needs to be revised to better clarify its intent and better ensure its consistent application.

Applegate said he thinks the self-reporting requirement in the code of conduct should be made more explicit regarding what information should be provided in the event of a breach.

“The ramifications of not reporting should be described in the code,” he added.

Another shortcoming of the code from Applegate’s perspective is that it lacks clarity regarding the responsibilities of the coach and athletic director. In addition to making those responsibilities more explicit in the code, he said the code should “clearly indicate when principal and even district legal review is required.”

“The code must explicitly explain to athletes and parents that events late in the season have more serious ramifications,” Applegate added. “This is implicit in the code as written, but it needs to be made explicit and explained to all athletes and their parents.”

Applegate said he believes the code of conduct needs to be updated to outline the different ramifications that flow from misdemeanor or felony convictions.

“Certain violations should clearly result in dismissal from the team and the code is currently not explicit in this regard,” he said.

Additionally, Applegate said he thinks there needs to be a discussion about how the code of conduct applies to coaches and people volunteering in athletics and activities.

“While policies, rules and laws aim to protect society and ensure accountability when not followed, they are still insufficient,” he said. “These are ultimately blunt instruments and a sense of fairness as reflected by all parties is rarely achieved, but that is never an excuse not to try to improve them.”