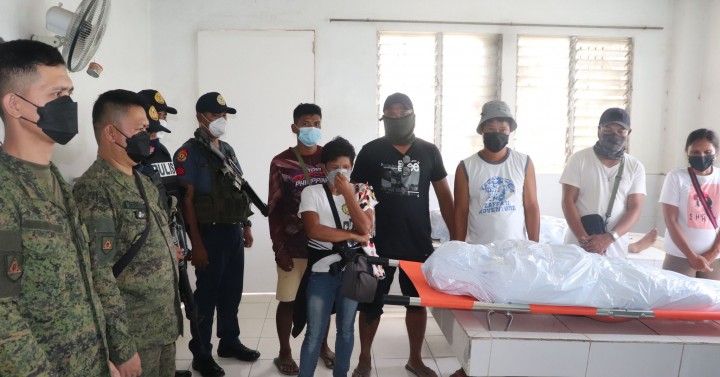 THE CITY OF BACOLOD – The bodies of two rebels of the Communist Party of the Philippines-New People’s Army (CPP-NPA), killed in a clash with soldiers in Isabela, Negros Occidental on March 9, have already been claimed by their respective families, said the Philippine Army on Saturday.

In a report, the 62nd Infantry Battalion (IB) said its troops, along with personnel from the Isabela Municipal Police Station, delivered the remains to Leo’s memorial chapels on March 10.

The dead were identified as Virgilio “Kumander Bedam” Tamban, commander of the Sandatahang Yunit Pampropaganda Lenovo Platoon of the NPA’s Leonardo Panaligan Command, who was called by the military a “notorious hitman”; and Ben Jack “Ka Yuhan” Rueles, a member of the regional Komiteng Rehiyon Negros, Cebu, Bohol and Siquijor strike force.

Both reside in Sitio Casingan, Barangay Trinidad, in the town of Guihulngan, Negros Oriental.

The transfer was facilitated by the local task force to end the local communist armed conflict in the city of Guihulngan and the municipality of Isabela.

In an earlier statement, Lt. Col. William Pesase Jr., acting commander of the 62IB, said justice had been served for civilians killed by Tamban’s group.

“I salute the bravery of the concerned residents who released reliable information to finally stop the killings initiated by the NPA in the center of Negros,” he added.

Tamban and his comrades were prime suspects in the murder of five people in central Negros from February 16 to March 2 this year.

Last Wednesday, 62IB troops responded to a report that a dozen members of the CPP-NPA had planned to execute a civilian they suspected of being a government informant, prompting a clash with rebels. which resulted in the death of Tamban and Rueles.

Hours after the encounter, residents of Barangay Amin led by village chief Noel Magquilat pledged allegiance to the Philippine government at the local Peace Engagement and Insurgency Awareness Symposium hosted by the 62IB .

Magquilat assured the troops that their village would continue to support peace and development efforts and the implementation of government programs.

Major Alenel Valles, executive officer of the 62IB, said the success of the operation against the CPP-NPA rebels was made possible thanks to the courage and cooperation of the locals.

The CPP-NPA is listed as a terrorist organization by the United States, European Union, United Kingdom, Australia, Canada, New Zealand and the Philippines.

The National Democratic Front was formally designated as a terrorist organization by the Anti-Terrorism Council on June 23, 2021, citing it as an “integral and inseparable part” of the CPP-NPA created in April 1973. (NAP)