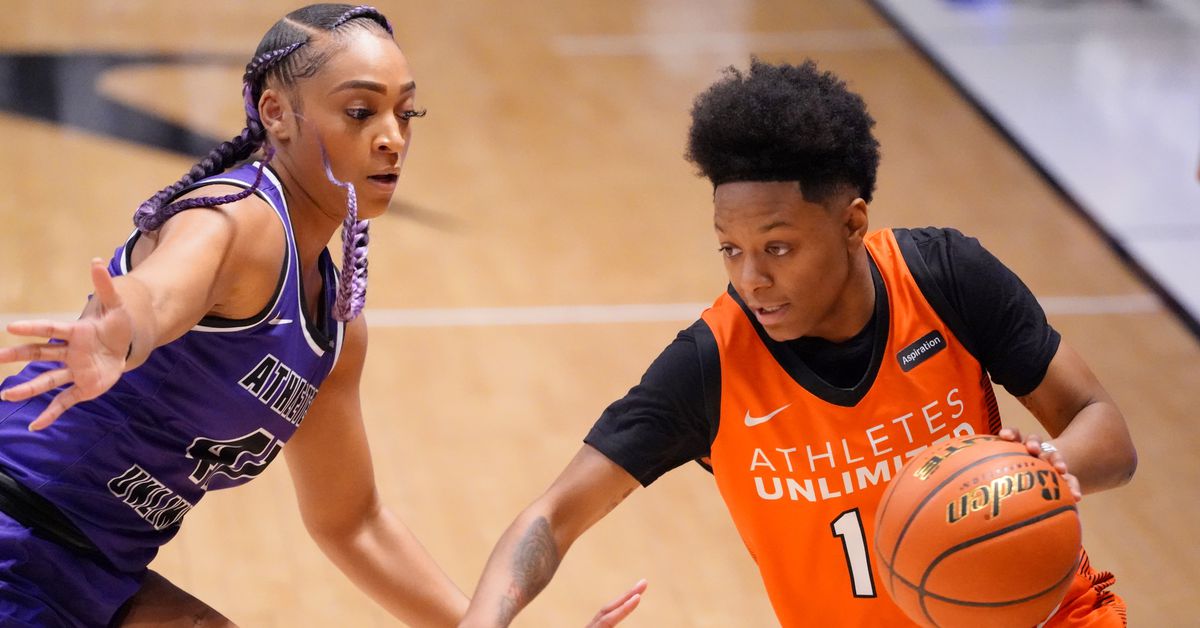 When Athletes Unlimited launched its first basketball league in January, one of the league’s main selling points was the ability for players to compete professionally in the United States instead of playing overseas. As noted in an official statement, the league schedule was set up to complement that of the WNBA; participating in Athletes Unlimited would allow US-born WNBA players to stay home over the winter and compete against their peers.

For those not playing in the WNBA this summer, the benefits would be even greater. Playing against other professionals — including a handful of established WNBA players — in an American setting would be a golden opportunity for WNBA prospects to showcase their skills against some of the best talent in the world. Trailblazing athlete Natasha Cloud said before the season that Athletes Unlimited “presents a different look” and hinted the league would be ideal for players looking to break into the WNBA.

It turned out that Cloud was absolutely right. Several players who participated in the inaugural season of Athletes Unlimited have signed contracts with WNBA teams for 2022, ranging from veterans looking to return to the league to players who have yet to take the field in a game of the WNBA, each with their own unique story.

Cole, in a way, represents what an AU-WNBA pipeline could look like in the future, and if her WNBA career flourishes, she will surely be seen as a trailblazer who used Athletes Unlimited to make her way onto a WNBA roster. . Unlike the other names on this list, Cole has no WNBA experience; she was undrafted in 2020 after finishing her college career at Virginia Tech and hasn’t signed a contract with the WNBA since then, despite ranking sixth nationally in assists per game (6.5) as a than senior.

“Even though I wasn’t drafted [to the WNBA] … I just kept going,” Cole said of his post-college play days. The left-handed guard has dreamed of playing in the WNBA since she was little, and now she’s on the verge of realizing that dream after signing a training camp deal with the Connecticut Sun. Cole will be competing with Natisha Hiedeman and Yvonne Anderson for a backup point guard role at the Sun, and if she makes the final roster, she will be an important piece for a team that lacked backcourt depth in 2021.

An eight-year WNBA veteran, Hawkins was perhaps the biggest star of Athletes Unlimited’s inaugural season. The 6’3 forward’s 6,831 total AU points led the competition by a healthy margin, as did her average of 23.8 points scored per game – a significant rebound after a disappointing 2021 WNBA campaign with the Atlanta Dream. .

This summer, Hawkins will be back with a familiar Washington Mystics team, who signed her to a training camp deal in early February. She has played with the Mystics in six of her eight WNBA seasons to date, winning a championship in 2019. Washington head coach Mike Thibault praised her 3-point shooting ability. Hawkins, saying in the team’s official statement that his return “will help us get back to the attacking style that the Mystics have become known for.

Colson was one of the first players to commit to the Athletes Unlimited vision, and as a veteran who played WNBA basketball for New York, San Antonio, Minnesota, Las Vegas and Chicago, it only makes sense that ‘she be someone who features in the WNBA. would have their eyes glued.

One of those numbers was Aces first-year head coach Becky Hammon, who immediately remarked that “that competitive fire is definitely still there” after Colson was unsigned during the 2021 WNBA season. . The Aces will bring Colson back on a training camp deal, and given her familiarity with the franchise, it wouldn’t be surprising to see her on the team in 2022.

One of Athletes Unlimited’s most recognizable names, Brown saw the fledgling league as an opportunity to get back to where she wanted to be – both on and off the court.

“I was really wondering whether or not I wanted to go back overseas after coming out of a really bad situation,” Brown told Khristina Williams in a January interview. The former Baylor great has been candid about her mental health struggles since the 2020 WNBA ‘bubble’ season, when she played for the Atlanta Dream, and Athletes Unlimited has proven to be just that. was looking for: a way to play competitive basketball. and get back on the WNBA card without the rigors of going overseas.

It didn’t take long for Brown to pick up the pace, quickly emerging as one of Athletes Unlimited’s best centers and most efficient scorers (71.4% field goal percentage). She signed a training camp contract with the Las Vegas Aces in February, and while the Aces still have some work to do to fill out their training camp roster for 2022, Brown certainly looks favored to make their final list.

Walker will return to the Dallas Wings in 2022 after signing a training camp contract. The Notre Dame product originally signed with Dallas as an undrafted free agent last year and spent just under a month with the Wings before being waived.

Walker’s jumpshot was somewhat inconsistent in college; she shot 26% from 3-pointers in 2019-20 and 38.5% in 2020-21. If the Wings get the Athletes Unlimited iteration of Walker’s jumper (40.6 percent on 3 points), they’ll definitely be thrilled. She will face the likes of Chelsea Dungee, Morgan Bertsch and Unique Thompson in Dallas training camp.

Manis averaged at least 16 points and 11 rebounds per game during her junior and senior seasons at Holy Cross and was drafted by the Las Vegas Aces in 2020. She attended Aces training camp in 2020 and 2021, but was waived before having the opportunity to play in a WNBA regular season game.

Manis will get another chance in 2022, after signing a training camp contract with the Seattle Storm. That wasn’t his goal, though; for her, the Athletes Unlimited experience was much more personal.

“I struggle with my confidence,” Manis admitted in an interview with WG Ramirez. “And coming here and being able to compete with these incredible athletes, it definitely boosted my confidence a bit… Now, gaining that confidence and going into this training camp with a completely different mindset is going to be huge for me. .”

A 6’2 forward, Manis’ theoretical role with Seattle will likely be similar to the one she had when she was in Las Vegas: stretching the floor like a big 3-point shot. The Storm likely won’t have their training camp slate established until after the 2022 WNBA Draft, so we’ll have a better idea of ​​Manis’ competition.

A graduate of the University of Tennessee, Jackson was originally signed as an undrafted free agent in 2019 by the Atlanta Dream, but was waived prior to the 2019 WNBA season.

Much like Manis, Jackson treated Athletes Unlimited as a personal building block, praising her teammates and player-coaches for helping her build her confidence. Her 101 3-point shots led the competition in its inaugural season, and she was named to the first-ever Athletes Unlimited. Defensive Team of the Yearwith Manis.

Jackson will get another shot in the WNBA in 2022, this time with the Washington Mystics. Washington signed her to a training camp contract in mid-February; she will compete with the likes of Shatori Walker-Kimbrough, Linnae Harper and Lee-Seul Kang for a spot on the Mystics final roster.

Doug Shaw Memorial Stadium will host 2,500 athletes over the next few weeks