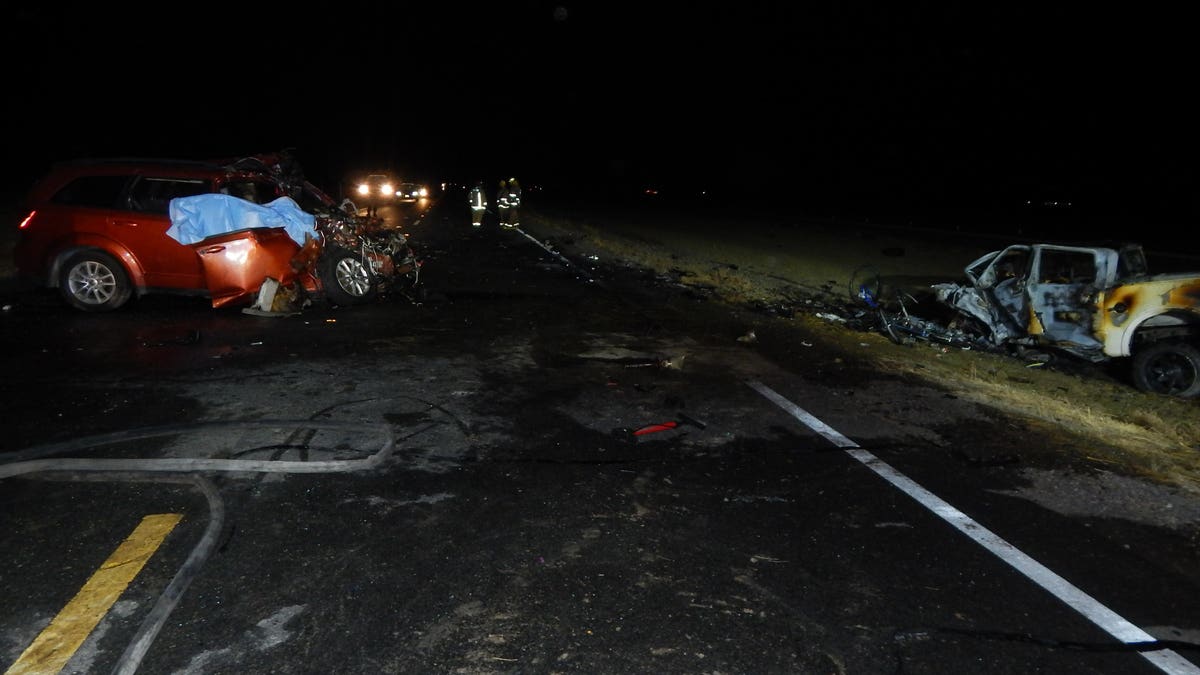 A ‘horrifying’ traffic accident in Avenal, California on New Year’s Day 2021 that killed nine people – including seven children – highlighted the need for technological solutions to prevent intoxicated people from drive and led to a call for systems to detect alcohol impairment. included in all new vehicles.

The accident was caused by an impaired driver with a high level of intoxication who was driving at excessive speed – between 88 and 98 mph, according to an investigation by the National Transportation Safety Board (NTSB), the independent federal agency which asked for the new safety standard.

“Technology could have prevented this heartbreaking accident – ​​just as it can prevent the tens of thousands of deaths from impaired driving and speeding crashes that we see in the United States each year,” Jennifer said. Homendy, president of the NTSB, in a statement. . “We must implement the technologies we have here, right now to save lives.”

The NTSB’s new recommendations to use in-vehicle technologies that can limit or prohibit impaired drivers from driving their vehicles and prevent speeding were announced earlier this month.

Driving under the influence of alcohol remains one of the main causes of death on the roads. Since 2000, more than 230,000 people have died in crashes involving drinking drivers according to NHTSA. In 2020, around 12,000 deaths occurred in alcohol-impaired crashes, about 30% of all road deaths that year and a 14% increase from the more than 10,000 people who died due to alcohol-impaired crashes in 2019.

Speeding, which increases both the risk of being involved in a crash and the severity of injury, is also a problem that research shows could worsen, according to NHTSA.

In addition to in-vehicle alcohol-sensing technology, the NTSB has called for other measures to address alcohol and drug-impaired driving crashes: lowering the concentration limit of blood alcohol 0.05 g/dL or less; alcohol ignition interlock devices for those convicted of drunk driving; and that regulators develop a standard of practice to improve drug toxicology testing.

To tackle speed-related crashes, the federal agency also called for actions that combine enforcement and regulation with new technological advances such as speed limiters and smart speed-adaptive technology.

“We have to remember that technology is only part of the solution. To save lives on our roads, we need to look more broadly at the entire transportation system, which includes everything that can prevent a crash,” added Homendy, a strong proponent of the whole safe system approach to reducing fatalities. on the roads.

Also known as Vision Zero, the safe system approach to road safety, which takes human error into account, was first implemented in Sweden in the 1990s. ‘eliminate all road deaths and serious injuries worldwide by creating multiple layers of protection – safe road users, safe vehicles, safe speeds, safe roads and robust post-crash care – so if one fails, the others will create a safety net to lessen the impact of an accident.

“The NTSB’s announcement comes at a good time as NHTSA is now mandated by law,” the AAA said in a statement in support of the call to tackle drunk driving through technology, referring to the Infrastructure Investment and Jobs Act, “to develop and publish a safety standard for technology that would meet the NTSB’s recommendation within three years. Automakers would then have several more years to come into compliance.

The automaker also “reminds consumers that this technology would provide an important layer of protection against road accidents and death at the hands of impaired drivers.” It is also essential to have strong drink-driving prevention laws, visible and fair enforcement of those laws, and a “high degree of personal responsibility that comes with the great privilege of driving.”

For more information, click here. For the full report on the accident in Avenal, California, click here.