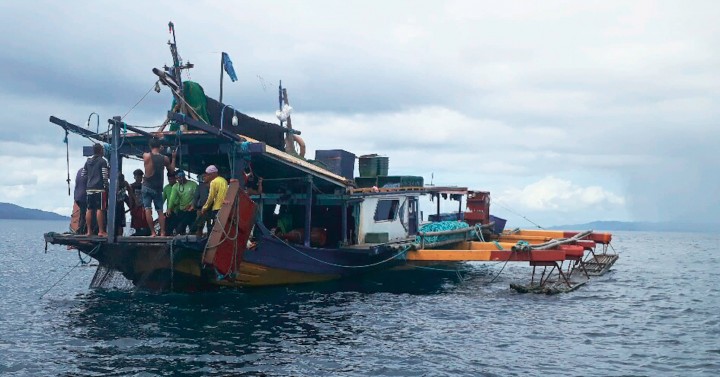 TACLOBAN CITY – One fisherman was killed while two others were injured while dynamite fishing in the marine waters of Sto. Niño, Samar on Tuesday, the Philippine National Police (PNP) reported.

Emiliano Davila, 40, was about to throw the flaming gelatin sticks when it exploded, injuring two other people who were on the motorboat, police said on Wednesday.

The other victims of the explosion were his cousins ​​Rolan Davila, 28, and Jorgie Davila, 31.

All of the victims are residents of the coastal village of Ilijan in Sto. Niño, Samar, about 10 kilometers from the city center.

Davila died at the scene while the other two fishermen suffered multiple injuries and were rushed to Calbayog District Hospital for treatment.

Samar Provincial Fisheries Officer Marlon Sale admitted that dynamite fishing was rampant in island towns in the province despite the information campaign and enforcement activities of local government units.

“It is the habit of some of our fishermen in Samar to resort to blast fishing to catch more. Even those who received government livelihood assistance also engaged in illegal activities,” Sale said in a phone interview.

The deep waters of Sto. The town of Niño is known for its abundant harvest of sardines and spinyfoot fish.

However, maritime patrol is not supported due to limited resources and different local government priorities.

“We are working with the local government to ensure that those caught fishing illegally will be held accountable,” he added.

The official warned that those caught blast fishing face an immediate jail sentence under Article 92 of the Fisheries Code.

Once proven administratively, municipal fishermen will be fined PHP 30,000 while commercial fishermen will have to pay more than PHP 300,000 to PHP 3 million. the prison term ranges from five to 10 years.

The BFAR regional office has condemned the continued use of explosives, harmful substances or any poisonous substance in fishing.

“This not only damages our fish resources, but also leads to the loss of human lives. BFAR continues to remind the public, especially our fishermen, that the illegal practice of using these substances will always harm the environment and human lives,” the statement from the regional office said. (NAP)

Visit of the US Under Secretary of State to the PH